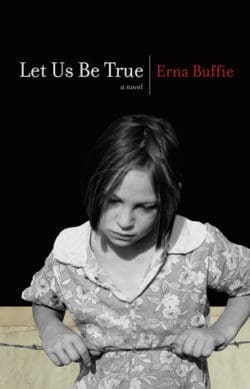 Just after finishing Let Us Be True (2015, Coteau Books), I rated it a 3 out of 5 stars at Goodreads. Then I changed my mind and gave it another star because I kept thinking about the story long after I finished it, which is a sign of a four-star book for me. I kept thinking about it primarily due to the way the author, Erna Buffie has written the life story of Pearl Calder. As the central character, the entire novel swirls outward and around Pearl, moving horizontally from the past to the present, yet, like the game of 3D chess they play on the Starship Enterprise, there are vertical components to the story as well. It all comes together in a wonderfully woven story that goes back and forth from the Prairies to the battlegrounds of Europe.

Primarily, the novel is about Pearl and her two daughters Darlene and Carol and begins in the year 2000 with the death of Pearl’s husband Henry. Pearl ponders a life without Henry:

Her Henry. She’d sometimes wished to God he was somebody else’s Henry, and now he was. He was God’s Henry and she was alone with…two daughters she didn’t understand.

Pearl is a brash, belligerent and opinionated woman around her daughters, but others often comment how nice Pearl is, one nurse even calling her a “sweetie pie” and a “real little peach”. The daughters never see this side of their mother, her demeanour due in large part to the secrets she is keeping from them.

[Pearl] was like her name: like sand between your toes, an irritant that had rolled itself into something hard and round and opaque but not smooth. More like a freshwater pearl: irregular and covered in ridges.

At one point, when she is seemingly on her deathbed, she confesses the truth about her life, not to one of her children, but to Athena, Darlene’s friend: “I’m going to tell you something.” She said. “And when I’m gone, I want you to tell my kids.”

There are times when Pearl looks back on her younger days, an orphan along with her sister Winnie after their parents die under tragic circumstances. They are raised by an Aunt and Uncle who don’t want them, with the older girl Winnie running away leaving Pearl alone with them, much to Pearl’s displeasure. Interestingly, the book’s cover image is that of a sad young girl in an old (hand-me-down?) print dress grasping barbed wire. Is it a young Pearl despairing of her life on her hateful Uncle’s farm? It could very well be.

Certainly, no one in Let Us Be True has an easy time of it. Everyone has their trials and their secrets, thinking them best kept to themselves, much to the consternation of their loved ones. Some, like Pearl’s father, bring back terrible memories of the war, others try to escape a dreary life on the Prairies by enlisting, never to come back at all. Yet, Let Us Be True is not really a ‘sad’ or depressing book, but one full of truth, just as the title beckons us to be. If all the characters in this book were true to their loved ones, their lives would certainly be less tragic.

Let Us Be True is Ms. Buffie’s first novel, and as such is a great accomplishment, and one she can be proud of. Her writing is not overly sentimental, but she captures the lamentable situation of each character well, in terms we can empathize, if not sympathize with. As I was reading, I kept thinking how her style was similar to that of Binnie Brennan’s whose books I also enjoy and have reviewed here for The Miramichi Reader. Ms. Buffie’s descriptions likewise provide a spark of uplifting realism.

There are a couple of such passages I really enjoyed and both occur near the end of the book; one when Pearl is airing out Winnie’s sickroom, the other when Pearl’s mother Lettie is contemplating her illness whilst putting up preserves. The attention to detail and the flow of the narrative is startling. It cannot be easy to make each character distinct (male or female), but again, Ms. Buffie accomplishes this task very well.

Something else I realized after finishing it was that I didn’t read it carefully enough in the first place. In order to do this review justice, I had to revisit the book in several places to piece the story back together. If you read this book, take the time notice the ‘small stuff’; it may not make seem to be important until later in the book! Since the book goes back and forth in various time periods, you need to pay keen attention to who does what and what happens to them at the time to fully comprehend their circumstances. Despite this, I would say that this book is very readable, and is a notable first effort from Erna Buffie, one that should get her long-listed, if not short-listed.

“A wonderful book that deserves more readers.” – Consumed By Ink

Let Us Be True by Erna Buffie
Coteau Books

Please note if you choose to purchase the book through Amazon using the link below I will receive a small commission at no extra cost to you. Thanks!

This article has been Digiproved © 2015-2018 James FisherSome Rights Reserved
Liked it? Take a second to support us on Patreon! 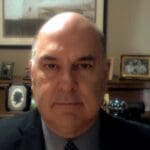 Monday #bookmail from the good folks at @vehiculepress, the new @dimitrinasrallahsrecords novel "Hotline".