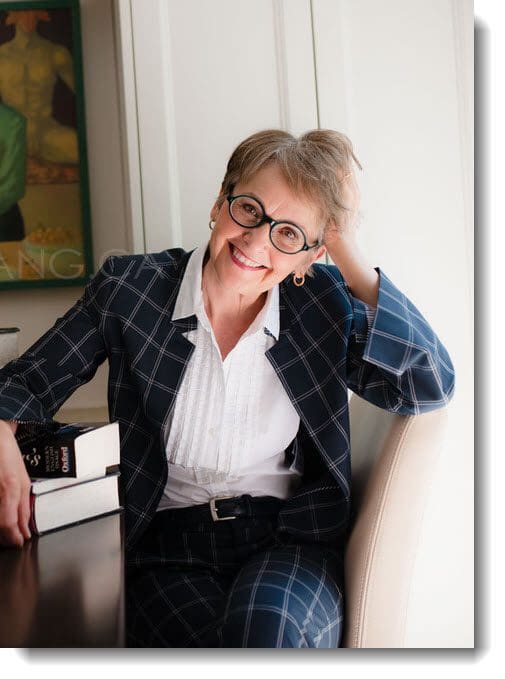 When Genevieve Chornenki escapes a brush with blindness, things never looked better—city pigeons, people, stainless steel pots. But questions about her experience linger: Who was responsible for her close call? Can she safeguard other people’s eyesight? How do our eyes work, anyway, and why do they give so much pleasure? With a newborn baby and a background in dispute resolution, Genevieve sets her sights on answers. The results aren’t always what she went looking for.

Don’t Lose Sight is the author’s quest, pursued with humour, hubris, and tenacity.

There is a novelistic quality to your book – the character development, story arc and tone, often emulate the tone of a novel. What was it like to mine your own life and repurpose it for telling this story?

Mining my own life and conveying my experiences to engage or amuse others was, for the most part, enormous fun. I try not to take myself—or human existence—too seriously and tend to be amused by quotidian absurdities, including my own neurotic preoccupations. So, I enjoyed arranging what happened to me and my ill-fated left eye in a way that might catch readers up. Several readers have called the book a “page-turner.” My little book? Splendid.

For me, writing is both pleasurable and satisfying. It was fun to figure out how to convey my social pretensions without spelling them out or to decide what titles to assign to the parts and chapters of the book. I relished the challenge of conveying a notion like beauty without using that word. I also got a charge out of recreating oral exchanges between me and others, and, trust me, I didn’t have to invent any of the dialogue outright.

There was, however, one thing that I had to come to terms with—revealing personal details. I’m not generally comfortable with personal disclosure but came to understand I was addressing book readers, not mind readers, who need context and background. My editor reinforced this when he puzzled over why I was upset about how my complaint against an optometrist was handled. He more or less said, “What makes you so special?”

People don’t really think about vision as being a privilege. The eyes are such sensitive things and injuries do happen often. Do you think you have a new appreciation of vision now?

The sense of sight has always been my most treasured sense (as opposed to hearing which, living in construction-riddled Toronto, mostly annoys me), so I wouldn’t say I have a new appreciation of vision now. Rather, I would say that I have a much, much more informed appreciation of what it involves and what can go wrong.  Until my detached retina and the sequelae, I was profoundly ignorant about my eyes. Hence the title of Part I, “Nothing Is Obvious to the Uninformed.” Over time, I became more literate with respect to eyesight.

Before Don’t Lose Sight was published, friends and acquaintances with emerging Boomer eye issues would tell me about experiences that were novel to them and, not knowing what I’d been through, would be astonished that I knew that a cataract distorts depth perception, could identify the vitreous humor, or understood the function of the choroid. “How do you know so much?” they would ask.

What was the scariest moment as it relates to your eye that you felt you had to capture in the book – and was it easy, hard, painful to do so?

The scariest time was making my way to the eye clinic at St. Michael’s Hospital. I’d just been told I had an “ophthalmic emergency.” I didn’t know what the emergency was other than that it had something to do with my eye and, in any event, I wouldn’t have been able to process technical explanations. I was overwhelmed by a sense of urgency—panic, really—and dread, and I was alone.  This was in the day before I carried a cell phone, so I had to use a payphone in the damp subway station to call my husband, and I distinctly remember saying, “William! Ophthalmic emergency!” (Readers who workshopped early drafts of my manuscript commented that no one would talk like that and that most people can’t even pronounce ophthalmic, but both William and I remember that’s exactly what I said.)

It wasn’t the least bit painful to revive that memory, nor was it particularly difficult since I tend to retain highlights of moments that have had an emotional impact on me. It was the writing that was challenging—finding the vocabulary and the pacing, for instance, to convey those moments, and sticking to the immediate details instead of waltzing off into a retrospective analysis.

What is your background as a writer – where did you first get interested in this creative form?

Memoir, particularly “small” stories where people metabolize their life experiences, has always interested me. I read a lot of it, and I don’t look for celebrity authors. But I didn’t have the skills to do justice to memoir or any other genre until the last several years when I was able to study and practise the craft of writing. Before that, I was unknowingly constrained by my experience with informational writing that requires exact, explicit language and an orderly presentation—documents like consulting reports, information bulletins, FAQs, training materials, and arbitration awards. The literary cage first opened when I studied “scribal arts” with Kim Echlin at the University of Toronto and began to appreciate that I was free to use repetition for effect, apply different words to the same concept, or invent combinations that were pleasing to the ear, none of which meant I was ill-disciplined or self-indulgent. Writing was always how I processed my experiences, but journal writing is private and personal. What interests me now is conjuring a place or evoking feelings for someone else to enjoy.

What are some books you felt inspired you as a young person that you still cling to these days?

I tend to be future-oriented, so I can’t honestly say I cling to any books from my past. Moreover, while I have a pretty good long-term memory for visual impressions, I have a bad one for static details like book titles and authors. In responding to this question, I had to pull out a tattered notebook where I recorded quotes from books I read in my early twenties. Imagine my surprise at seeing quotes from Don Quixote and The Brothers Karamazov; when I read both of those books last year, I believed I was doing so for the first time! In my notebook, I saw that I also favoured books by Steinbeck and Kazantzakis, both of whom I respect and have (knowingly) reread in the last few years.

Who are some of your favourite authors?

In no particular order and among many that I respect, Flannery O’Connor, Orkney writer George Mackay Brown, Primo Levy (his complete works), Kazuo Ishiguru, Oregon author Brian Doyle, W.O. Mitchell, Michael Pollan, Joseph Campbell (I own everything he wrote), Patrick Radden Keefe. For their cookbooks (yup), Madhur Jaffrey, Claudia Roden, Paula Wolfert, and Hugh Fearnley-Whittingstall. Don’t get me going about anthologies of poetry, personal essays, and short stories which I love to peruse while lying on the loveseat in front of our south-facing window.

That said, I predominantly read nonfiction. I tend to make book choices according to issues as opposed to authors and am strongly influenced by reviews I might read in The Economist, The New York Times, etcetera. Recent choices have been Steven Heighton’s Reaching Mithymna: Among the Volunteers and Refugees on Lesvos, Christina Lamb’s Our Bodies, Their Battlefields: War Through the Lives of Women, and Behrouz Boochani’s No Friend but the Mountains: Writing from Manus Prison.

What did you learn about yourself while completing this book?

I am not sentimental and I most certainly don’t go on about love. Sure, I might say, “I love walking” or “I love bread” or “I love silence,” but I’m otherwise parsimonious in my use of that word. It, therefore, intrigued me to hear readers say that love pervaded Don’t Lose Sight. Some even said they cried at certain points, especially in Part I where I describe my husband. So I learned in a more explicit way that I am a fish oblivious of the water where I swim.

On a more pragmatic note, I also learned how much I value feedback from a competent, qualified individual. Feedback from friends and colleagues as well as from participants in writing workshops is good, but it pales in comparison with that which a good editor can provide, especially an editor who is able and willing to entertain questions. What I ask about can be annoying, but unless I understand the basis for a suggestion or the assumptions built into a comment, I cannot act.

What are you working on next?

I have one or two short stories that are in need of serious work and am gestating more ideas, but right now I am privileging poetry—practising the craft regularly and independently, meeting by Zoom with two others whom I met in a poetry course, and building up my reference library. I am slowly working on how to find what poet Mary Oliver called “the best possible conjunction of words” to convey “an experience (or an idea or a feeling).” But, come to think of it, that conjunction is what I strive for in all of my writing.

This article has been Digiproved © 2021 James FisherSome Rights Reserved
Liked it? Take a second to support us on Patreon!