Tristan Marahj is a young emerging writer who as of this interview is unpublished (but not un-awarded for his short stories). He is a Toronto-based short story writer with work appearing in the Canadian journals The New Quarterly, Ricepaper Magazine, Existere, Blank Spaces Magazine and The Nashwaak Review. His accolades include winning 1st-Prize in both The Stratford Writing Competition (Canada) and The Free Association Books Short Fiction Competition (England), 2nd-Prize in The Scugog Arts Council’s Ekphrastic Writing Competition (Canada) and 3rd-Prize in the prestigious William Faulkner Literary Competition (USA).

He recently reached out to The Miramichi Reader to enquire about getting one of his short fiction pieces published here. He submitted two, and “The Lesser Man” was chosen as the first fiction ever published here at TMR. A serious and polite young man, I thought Tristan would be a good interview candidate. Here is the result.

Miramichi Reader: Tell us a bit about your background, education, employment, etc.

There is plenty of background noise: a jumbling of bumbling and tumbling. I’ve been educated by all that and employ myself daily in learning from those lessons…

The answer you solicited is that I was born in and spent half my life in Trinidad and Tobago; the other half in Toronto. I did primary and secondary school in the former; some high school then university in the latter. I most recently worked at a public library near the city.

MR: Tell us about some of the books or authors or other people (such as teachers) that may have influenced you to become a writer.

I’ve enjoyed quite a few books, authors and speakers who fanned the writerly flames, though it is the contradictions, compulsions and conditions of humanity that have compelled me the most.

MR: Tristan, as an emerging and as of this interview, unpublished writer, can you tell us about your approach to eventually getting published and perhaps some lessons learned along the way, for the benefit of other emerging writers out there?

You’re a human being first before you’re a writer. Devote your energies and efforts into making the former a masterpiece, before trying to write one. The rest should come into place.

MR: Tristan, you kindly sent me two of your award-winning short stories to read and I was impressed with the maturity of your ’voice’ in each one. I could see why they were awarded. They also had optimistic endings, which is nice in a world where optimism is difficult to maintain (or come by). Would you say that your outlook is an optimistic one that comes through in your stories?

Well, you were kind enough to request and read those stories, James – so thank you.

On maturity of voice: that’s nice to hear. Recently I was talking with my aunt, who is an avid reader and former English Literature teacher; she was lamenting that she hasn’t come across much edifying literary work lately. I would like to think that those two stories – The Lesser Man and The Complete Works of Min-Ju Kim – contributed to filling that perceived lack in some way.

On optimism as an ending: well, that’s true not only in literature but in life. Life is awash with pain but the inverse is also true. It is near-impossible to overlook some degree of optimism; it is, at least, ever always tiny, trembling and tentative.

MR: If you could write a biography of any person, living or dead, who would that be and why?

No one, at this point, comes to mind. Whether or not I would give it due justice is another question altogether.

MR: Tell us about your writing space. (Do you always write in the same area? Do you use a laptop or a desktop computer, etc)

I normally use a laptop in the writing spaces (plural) that I’ve chosen: libraries, hospital food courts, cafés, parks…the one place I’ve written the very least is upon the actual writing desk I own.

MR: Covid question: how have you been coping with the pandemic? What changes (if any) has it made in your life?

Right before the first wave, I craved psychological and physical retreat. While I would have inevitably taken it, the pandemic ushered in an earlier start. I used the time to retrain, regroup and reconcile. I do sense that I’m better-equipped now – thanks for asking.

MR: What do you like to do when you are not writing (or reading)?

I’ve come to like looking at nothing in particular because I’ve discovered that’s where everything is.

MR: Finally, tell us an interesting fact about yourself!

Well, I was involved in Improv theatre prior to things having to shut down. The hope of fellow participants – and myself – is that our sessions will soon restart. 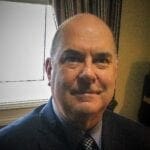 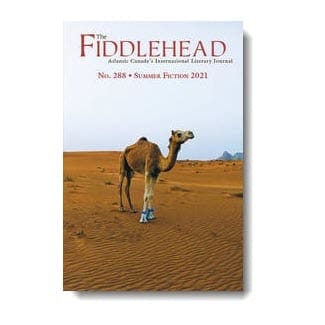 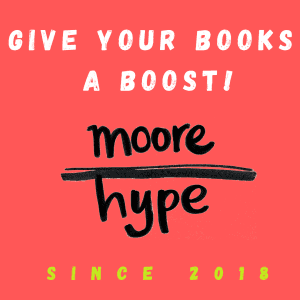 A review by TMR's Newfoundland & Labrador contributor Stephanie Collins of "Operation Trafficked" by Helen Escott. "Dedicated to the thousands of women and children who are trafficked every day, Helen C. Escott crafts a story that is both shocking and gut-wrenching." From Flanker Press Ltd. #linkinbio