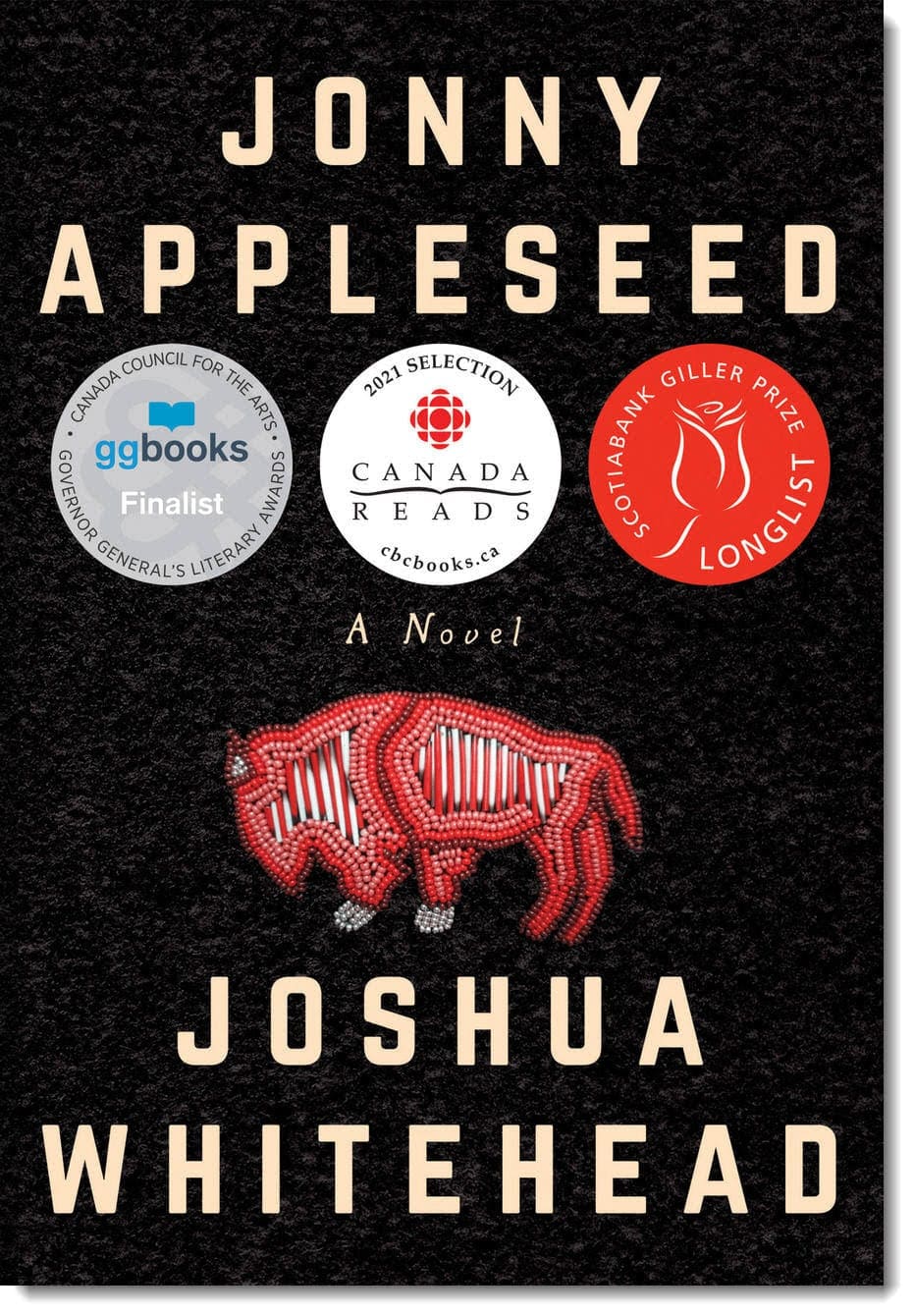 The best part about the annual Canada Reads debates is their core purpose: introducing Canadians to really great CanLit. I’ve read so many good books this way, and this year was no exception. But every so often, Canada Reads introduces you to a book that you absolutely needed to read, it opens the world to a new voice and story, and gives a book that needed a wider platform that boost. Jonny Appleseed is one of those books. Because of Canada Reads, it’s everywhere. And for good reason: it is a stunning piece of work, with a perspective that needs to be heard and read and shared widely.

Outspoken and a bit lost, Jonny is a Two-Spirit Oji-Cree, self-described glitter princess living in Winnipeg, ditching the rez and supporting himself through online sex work. He’s always known he was different, and so did everyone else: despite the love and acceptance of his mother and his kokum, the men and boys on the rez did their best to “man” him up. But out and free in the city, Jonny’s broke and severed from his past – till his stepfather dies and he needs to go home for the funeral. Told over seven days before he needs to be back on the rez, Jonny Appleseed is a ride through the chaos of Jonny’s adult life in the city and the memories of the rez and family he left behind, despite how much he loved them.

Jumping between pop culture and traditional teachings, clubbing and a love triangle between Jonny and his friends Tias and Jordan, Jonny’s attempts to make sense of his life and make peace with himself before he goes home are meandering and messy, but also very relatable. Whitehead’s writing is direct and matter-of-fact, embracing a non-traditional chronology and not shying away from the ugly, unflattering realities of the rez and of sex work. This is a clever book, boldly claiming space for Indigiqueer stories – which we need more of on our shelves.

Joshua Whitehead is an Oji-Cree/nehiyaw, Two-Spirit/Indigiqueer member of Peguis First Nation (Treaty 1). He is the author of the novel Jonny Appleseed (Arsenal Pulp Press, 2018), longlisted for the Scotiabank Giller Prize, and the poetry collection full-metal indigiqueer (Talonbooks, 2017) and the winner of the Governor General’s History Award for the Indigenous Arts and Stories Challenge in 2016. He is also the editor of Love after the End: An Anthology of Two-Spirit and Indigiqueer Speculative Fiction (Arsenal Pulp Press, 2020). Currently he is working on a PhD in Indigenous Literatures and Cultures in the University of Calgary’s English department (Treaty 7).

*Please note if you choose to purchase this book (or Kindle version) through Amazon using the link below we will receive a small commission at no extra cost to you. If you cannot see the Amazon ad below (if you are using an ad blocker, for instance) here is the link: https://amzn.to/2OAPB0I Thanks!

Alison Manley bounced around the Maritimes before landing in Miramichi, NB, where she works as a hospital librarian. She has an honours BA in political science and English from St. Francis Xavier University, and a Master of Library and Information Studies from Dalhousie University. When she's not reading biomedical research for her work, she likes reading poetry, contemporary and historical fiction, and personal essays. Noted for a love of bright colours (and lipstick), you can find her wandering the banks of the Miramichi River with a book and a paintbrush.